With the addition of our second child we had to unfortunately sell off our silkies.  We have had a lot of fun with them and hopefully when our girls get a little older we can pick up the hobby again. 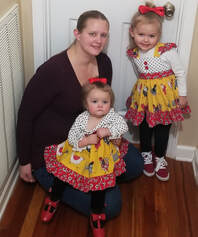 A friend introduced me to chickens in 2006 by strongly encouraging me to get a chicken to keep at her house.  Not knowing how easy chicken keeping was I tried to say, "No thank you" but she insisted.  So I went online to search for rare and unique chickens she probably wouldn't be able to find.  After searching "fluffy chicken" I saw a silkie and fell in love.  While I was hoping she couldn't find one so she wouldn't be inconvenienced with caring for my bird, another part of me really wanted to get one.  When I showed her the silkie photo she replied, "I thought that would be the breed you wanted.  I know a farm close by that sells them."  I agreed to get a hen and promised I would help with care and feed costs.  While I was there with my friend I got "the chicken bug" instantly.  Instead of leaving with just one silkie hen, I bought a pair.  The white silkie rooster was dyed blue and red from a crowing contest he was in the week earlier which made him that much harder to resist.  The owners showed me a little about what to look for in "show quality" silkies and the pair I purchased was show quality.  Now I wanted to breed!

We named the rooster Mr. Fluffers and the hen Mr. Fluffer's Chick.  I was so excited to get my first egg from her, and then babies.  Unfortunately I never got an egg from Mr. Fluffer's Chick.  She became egg bound shortly after I got her.  We took her to the vet and had the egg removed but another one got stuck a month later and she went downhill fast.  Devastated, I didn't want to get anymore chickens.  Plus, I was graduating college and moving to a house.  I decided Mr. Fluffers would be my special pet chicken.

He lived on our front porch, had his own lawn chair at bonfires, made lots of friends, and rode on my motorcycle to the company picnic.  Such an awesome chicken needed some lady friends.  When my friend was coming to visit me at the new house she stopped by a chicken swap and picked up three black cochin hens, three little silkie chicks, and a buff laced polish hen.  I fell in love with them all but had no place for them.  Mr. Fluffers was in a large rabbit cage when he wasn't free ranging, but there wouldn't be enough room for all of the extra chickens.  While my friend was visiting me, she helped me construct a vermin free chicken coop!  I was so excited to have a chicken coop with chickens.  My husband thought they were fun to watch run around and dig for bugs. 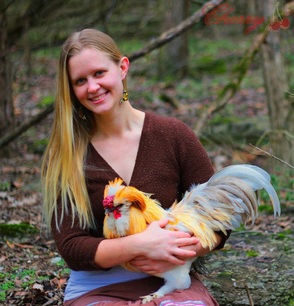 We lost Howard to a fox in 2014.  He was defending his ladies just like his father did when the feral dogs came.  Both Mr. Fluffers and Howard are the best roosters and friends we have ever owned!
As the year passed at our new house I decided I really liked the silkie breed and wanted to get into just breeding silkies.  I went out to look for some silkies to start my breeding project and didn't have much luck.  Nothing but junk silkies for sale.  Not knowing any other option at the time, I purchased what I could find and started working on making each generation fluffier and prettier than the last.  It took three years until I had nice looking silkies. 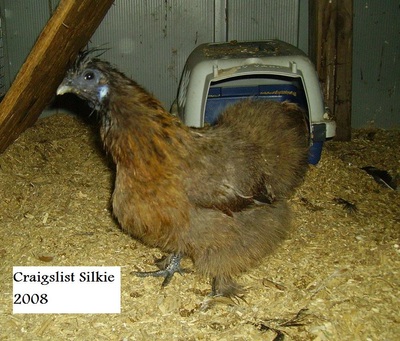 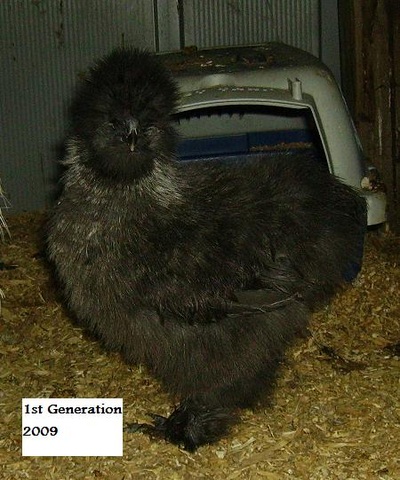 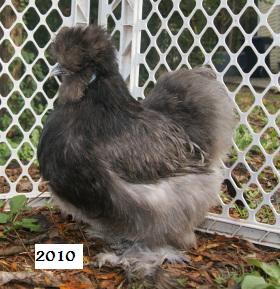 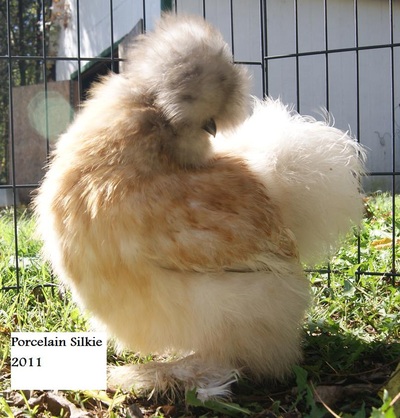 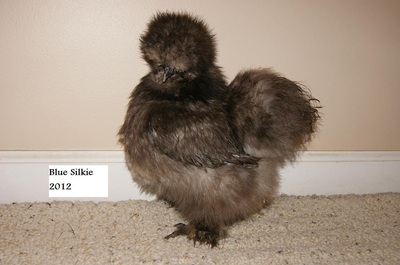 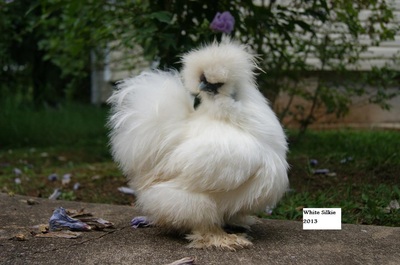 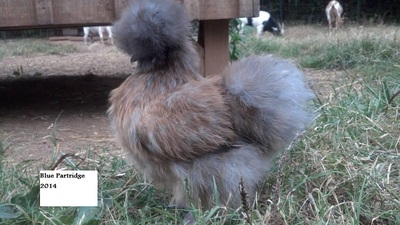 In 2011 my friend who got me into silkies asked if I wanted to go to the Crossroads National Chicken Show with her in Indianapolis, IN. I had wanted to see her show chickens and get into showing myself so I was thrilled to go with her. She even helped me get my chickens entered and NPIP certified. Once in Indianapolis, she showed me how to prep the birds, what the different categories, abbreviations, placings, and more meant. She helped me get leg bands, good chicken books, and other fun supplies that are a chicken showing must. Other folks were very helpful as well. At one point I was walking around with my chicken, Rainbow, in a bucket of soapy water. I sat down to begin blow drying her when another person looked at me, clearly seeing that I had no clue what I was doing, and asked if I would like some help. YES PLEASE! She showed me how to towel off and wrap a silkie up like a burrito to remove most of the water before blowdrying. It goes so much faster that way. She also showed me her show bucket made from stuff found at Home Depot. What a wonderful learning experience! After all was done my little Rainbow (bearded porcelain silkie pullett) got Reserve Variety against some top breeders! I knew then my breeding program was on the right path. Talking with lots of different silkie breeders, they gave me a much better idea of what to look for and fine tune in my flock.


I continue to learn ways to improve my flock and produce competitive birds in the show. Silkies have become a joy and love in my life and its all thanks to my friend who encouraged me to get one small chicken to keep at her house.